Eleven Rings: The Soul of Success by Phil Jackson and Hugh Delehanty

I've finally had an opportunity to read about the "Zen master's" life! Phil Jackson's life experiences have helped him develop the modus operandi that we've all come to admire. I enjoyed learning about what makes the greatest basketball coach of all time tick. His approach to dealing with difficult situations is truly zen-like. For example, working with a Dennis Rodman or a Ron Artest we all imagine is very challenging, but Phil Jackson makes it seem so easy and put together. He's a master of figuring people out, making them perform to the apex of their abilities, and having them reflect on themselves and dig deep to push their limits. It's amazing what his approach has produced.
I learned about the Chicago Bulls. I learned about the LA Lakers. I learned about his time and own personal experiences with the New York Knicks. He shared his family life, conversations in basketball's management circles, and his own personal reflections. I learned about backstories of some of the most famous basketball players from reading Phil Jackson's account. The Chicago Bulls background was very much like The Last Dance on ESPN. Everything in this book was just so cool to read about.
I think I was hoping to gain more than I did out of this book, but I don't think I did. And that's ok! I've read a lot about these paths towards success in other books, but these perspectives were so different and hit so close to home because of my deep interest in the sport of basketball since my youth. It was just good to connect the suggestions to the results that I've watched growing up.
I wish I learned more about Phil Jackson's thoughts on humanistic psychology and Native American philosophy, as well as Zen meditation. But he only touched on some of these aspects as they related to his coaching. I think I expected more depth, but I can't complain because it was still interesting to read about.
Overall, it was still a good read. And I've taken away a few leads to other things to read. One of the books Jackson referenced was Zen Mind, Beginner's Mind: Informal Talks on Zen Meditation and Practice
by Shunryu Suzuki, so I've put it on my reading list. What is this zen about? We will see... 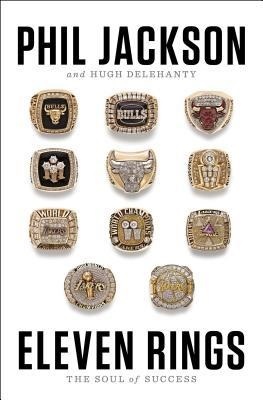 Check it out on GoodReads.
Buy it on Amazon.
Email ThisBlogThis!Share to TwitterShare to FacebookShare to Pinterest
Labels: Basketball, Books, Coach, Coaching, Read, Reading, Sports