The Answer Is…: Reflections on My Life by Alex Trebek

It's funny to think about how much you think you know someone who is a tv personality, but you're barely scratching the surface. I've been watching Jeopardy! since I was a kid. So I always feel like I "know" Alex Trebek. But the like all good bios, his sheds lights on so much more. His attitude, feelings, ways of life, thoughts, and other aspects that you really just don't know from tv.

Alex Trebek is like any one of us. Despite being the world-famous host of the longest running television quiz show on earth, his reflections on life are much like yours and mine. As humble as he is on tv is the way his book is written. In fact, I imagined that if I ever get around to writing a book about my life, it will be in a similar fashion. And likely in a similar cadence to the way this autobiography is setup.

The Answer Is... is written more anecdotally. We get tidbits of his life at different times in short-story format that give us glimpses of moments where he's learned something and carried it with him for his entire life. But all the pieces add up and connect in the end. We learn that Trebek is a good humored, clean-cut, charitable, handy-man that takes pride in his craft and loves his family. There is seemingly no celebrity out there who is as unpretentious as Trebek. 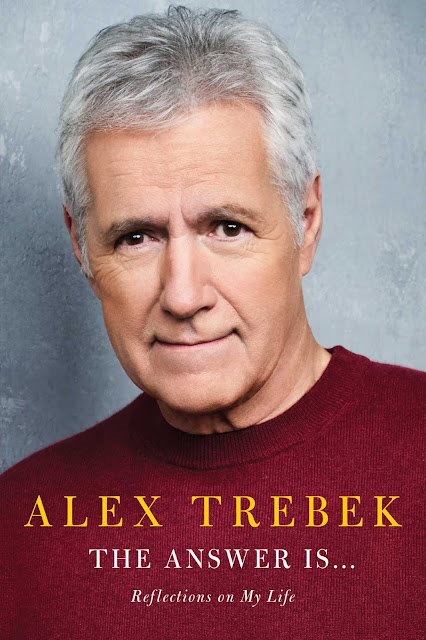