For many years now, on any given weekend, I've made the 1 hour and 30 minute trip from Big Apple to the city of Brotherly Love by car to visit friends, eat, drink, and be merry. I usually leave on Friday evening and return home on Sunday afternoon. The weekends are always something to look forward to since most of the time they are fun-filled and action-packed. My only dread is the drive back.

It was only on my most recent return trip from Philadelphia that I had the opportunity to think about traffic in some kind of detail.

I'm sure that the first thought would be, "why don't you just leave early on Sunday morning?" Believe me, there have been many weekends where I would make the drive home early on Sunday morning, but lately, I've immersed myself more into what the city has to offer. I've been enjoying brunch at Green Eggs or Silk City Diner or even dim sum at Imperial Inn in Chinatown. I digress.

Anyway, if you leave early on Sunday, there's a high chance that you will miss any kind of traffic. And it's probably because people have been up late Saturday night and have slept in Sunday morning. Fantastic! But you do miss out...

On the other hand, leaving early to mid afternoon will guarantee an extra 30-60 minutes commuting time home. And there are a few things I've learned, observed, and analyzed during this drive. 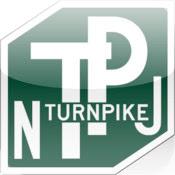 I've tried to prove my theory of the right lane to myself a handful of times, and the one test I perform over and over again works like this. Begin your observation in the middle lane. Select a car in your vicinity. Shift to the right lane. Continue to observe the position of the vehicle you've previously identified. More often than not, you will pass this automobile by many car lengths in the long run.

I was once told by my high school Calculus teacher that mathematicians around the world were looking for a formula to explain traffic. They need to keep postulating. Because, obviously, the idea of traffic is constantly evolving as everyones' driving habits are different and you encounter numerous circumstances along the way. But I think I've SOMEWHAT learned to beat highway traffic. Or maybe I've just found a way to amuse myself along the way...
Email ThisBlogThis!Share to TwitterShare to FacebookShare to Pinterest
Labels: Amusement, Analysis, Brunch, Education, Food, Lanes, NYC, Observations, Philadelphia, Theory, Traffic, Transit, Travel