When Harry Met... Jesse & Carolyn - A Look Back At Our Time In New Zealand

Around this time last year, we were just beginning our time in New Zealand. Most of it was spent on the South Island, but we did take a few days to get a feel for the North Island. Besides the quad we rented on Easter Island, this was the first time on our round-the-world trip that we rented a car. And it was also the first time that I'd have to drive for an extended period of time on the opposite side of the road (for us Americans that is).

When I think back about Auckland, I recall the diversity all around. Like any other city, there was a certain hustle and bustle about the streets, although nothing like NYC or other metropolitan areas. It was less crowded but city nonetheless. I remember being able to walk anywhere from our home away from home for a few nights at the Kiwi International Hotel. However, there wasn't anything that stood out or was unique about Auckland. Come to think of it, although it was early in our 6 months, this was the 2nd time (the 1st being Santiago, Chile) that we felt like visiting cities wasn't as interesting as getting away from them.

Cities are a comfort. They make you feel safe and have the ability to reach things quickly to prepare for the off-the-beaten path jaunts. For us, they were landing and lily pads - airports to fly into and out of. Cities were / are our gateways. 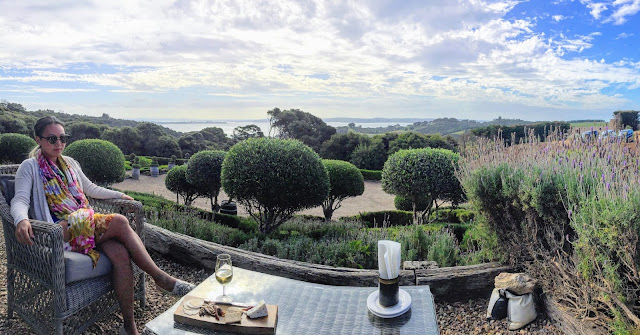 Waiheke Island was a wine lovers paradise. The public transportation was perfect for shuttling around wine sampling tourists and locals alike. Food, drink, and beach were all within footsteps of each other, making for a wonderful day-trip from the city life of Auckland.

But Rotorua was where we relaxed the most on the North Island. The hidden hot springs were the highlight after the nearly 4 hour (but visibly beautiful) drive South from Auckland. Each one we visited was unique in location and atmosphere. Some were easy to get to, but others required keen sense of hearing to follow the faint sound of small waterfalls. It felt great to be in touch with nature at its finest. The warmth provided by the Earth was like a hug from a loved one. And the beauty of the surroundings was calming. I wish I could find a place like this in America that wasn't commercialized. The fact that the natural hot springs were free and ungoverned was the best part.

After winding our way around Auckland, Waiheke Island, and Rotorua. We jumped the puddle and landed in Queenstown. It was from here we started our driving tour of the South Island. We nearly circumnavigated the island if not for the last leg which we took the TranzAlpine train from Greymouth to Christchurch.

If there's anything I can say about the South Island it's that it is the epitome of the great outdoors. Mountains, trails, fjords, rivers, lakes, trees, shrubs, and wildlife are all in harmony here. And people here have the utmost respect for it all. Driving around it's hard to do anything but marvel at the tranquility of everything around you. Every town was a sleepy town, or so it seemed because people seemed minimalist and cared more about not disturbing the peace than collecting tangible objects.

It was in Greymouth that we met one of the most interesting and amazing people from our entire trip. His name was Harry. He was the proprietor of the hostel we were staying in called Noah's Ark Backpackers. Harry moved to New Zealand from Germany out of fear from the disaster at Chernobyl in the former USSR (now Ukraine). He wanted to get as far away from the toxic problems of Eastern Europe as possible. When he asked a travel agent what was the furthest place he could go, the travel agent offered up New Zealand and off he went.

Harry shared his life stories with us over a few beers. The pursuit of happiness was the common thread he weaved. Whether he failed on succeeded, he did as he pleased. He was amazing in that he was a professional of some sort (I thought engineer) but he was also a pilot who rode a motorcycle on the Autobahn during his yearly trips to Germany who drove a Mercedes around Greymouth and is now a hostel owner. Harry played his guitar at the reception desk in the mornings during breakfast time and smoked a cigarette on the back porch of the hostel while engaging with his transient residents. He was a man of dreams, but more importantly, he made them come true.

We shared our story with him, our ideas and goals. And all he could tell us was that we should try whatever came to mind. Harry was inspiring. We kept a lot of the things he shared with us close to our hearts and in our minds throughout the travels. It even became like a reference for us. If we ever encountered a decision to do or not do something, we would ask ourselves, "what would Harry do?" And more often than not, we were doing it.

We'll never forget Harry and the impact he's had on our lives since we met him. We hope he's doing well and continuing to live an exciting life. 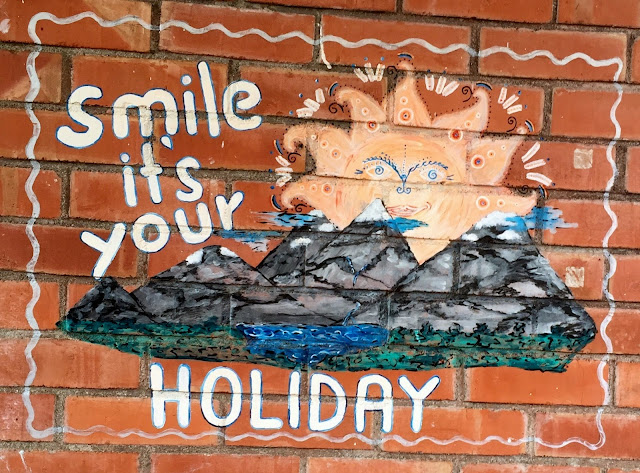