It didn't take too much time into the New Year to learn about the real life effects of Tax Reform. It didn't take long to live the reality. And it's completely the opposite of what listening to some under-analyzed projections were speculating and predicting. The GOP tax bill was stamped, by all those in favor of it, as a job creator. BULLSHIT. I called it. That's what it is. 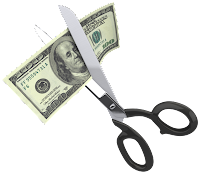 Just one week into 2018 and 3 companies have already indicated to me that they are in "cost-cutting" and "cost reduction" mode and job cuts would not be a surprise in the near future. Their words, not mine. To make matters even more ironic, these are tax departments that I was speaking with. You would think that tax reform would definitely create jobs for tax professionals to assist with the implementation of all matters of tax reform, but clearly the cost centers are continuing to cost cut.


"The reason is simple: Businesses invest when there is more demand for their products, not because their tax rate is lower. We don’t have a capital shortage now; we have a demand shortage, driven by stagnant wages. Cutting corporate taxes will only lead — as it did the last time we lowered the tax rate for companies that brought profits back to the U.S. — to more money for shareholders and CEOs. Many of the companies who got the biggest tax breaks actually reduced jobs." - The Hill


For a bill that was supposed to make employment concerns reach the top of the list, it doesn't seem that way. Most companies will buyback stock with their newly found tax savings, not hire more employees.


"Many indicators show jobs and wages are on the back burner. Paying down debt and buying stock back from shareholders were the top two goals CEOs mentioned in a survey done this summer by Bank of America (BAC). Mergers and acquisitions was third. Capital spending -- like building plants or upgrading equipment, which can lead to more hiring -- placed fourth." - CNN Money

The tax policy is flawed. Big time. Not only does it benefit the wealthy and the corporations, it also screws the middle class in more ways than one. And jobs creation is just another bullet on the list of detriments to the heart of the American economy.
Email ThisBlogThis!Share to TwitterShare to FacebookShare to Pinterest
Labels: Life, Taxes, Unemployment, Work