Challenges Allowed Me To Appreciate Other Things Still

Despite all the hardships and challenges that we had to overcome while traveling through India, we still came away with a number of positive memories and and heart-filling experiences.

We met and spoke with awesome "sheroes" at at cafe named after them, Sheroes Hangout. The cafe, in close proximity to the Taj Mahal in Agra, is run by the female survivors of the terrible acid attacks that were rampant in India at one time. They were amazing people who sought nothing but to continue their lives in peace. The environment they created for socializing allows others to learn about the victims and at the same time builds the confidence back in the women who were so viciously harmed. The cool thing about the cafe is that you pay what you feel is appropriate. There are no prices on their menu. And inevitably, you end up making a donation towards the cause and get the satisfaction of doing good and having a tasty snack to go along. 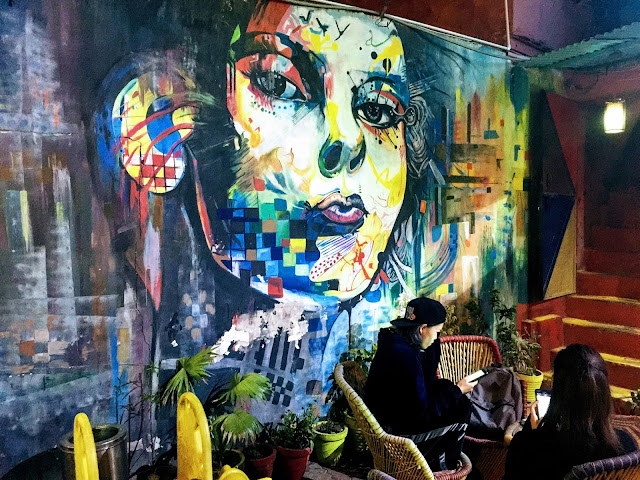 In another instance, in Vrindavan, we were visibly challenged by the Holi festivals activities. A wonderful couple noticed how out of place we were and our frustration, then offered to allow us to accompany them around Mathura (birthplace of the Lord Krishna) to observe more of the festivals and visit the local temples. The man, a professor at a college in another Indian state and his wife took us for a day-long adventure. And our experience wouldn't have been the same without them. 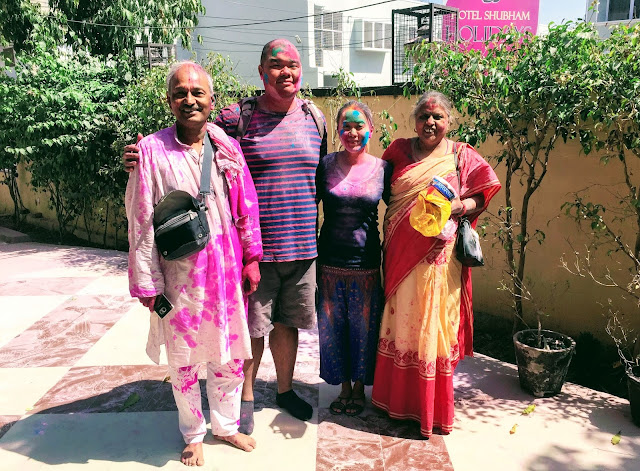 All of this just to say that the fondness of those experiences has given us the interest to watch some Indian / Indian related movies on Netflix. Haha. 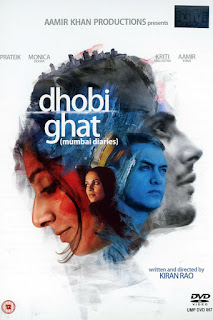 Dhobi Ghat was a film that we stumbled upon by just flipping through titles Netflix suggested based on our watching habits.

It was an easy movie to watch because of the back and forth flip between Hindi and English. With subtitles, it's no issue. The class distinctions and the challenges that some people encounter when lines are crossed are distinct here. And the cross cultural interplay between native Indians and an Americanized Indian is also an interesting depiction here. Worth a watch on a Friday night.


Daughters of Destiny is a must watch Netflix series because it provides a real insight to the problems of education, poverty, village life, and women's rights in India. The documentary is amazing! And the idea of Shanti Bhavan is something I've always imagined creating for underprivileged children and students in the Philippines. The 4 part docuseries really struck a chord with me, and I know it will do the same for anyone who has interests in education, mentoring, development, and working with children and students.

Check out the Official Trailer here: