The Maldives of Saudi Arabia

Umluj. No one has ever heard of it. Until now...


Located in the Tabuk region of the Kingdom of Saudi Arabia (KSA), Umluj is a situated on the northern third of the Saudi coast of the Red Sea. The closest airport is 150km south in Yanbu, an hour and 45 minutes away by car on a coastal route - the road was clean and straight as an arrow. Just watch out for the camel crossings. 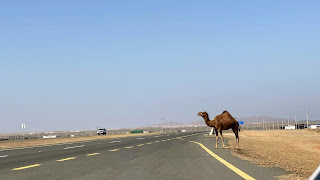 You might be asking yourself, "then why did you visit this area of the country if it doesn't have anything to offer now and you know nothing of the town and vicinity?" 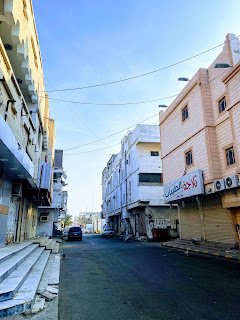 For one, we're travelers. We like the off-the-beaten-path places. We want to pave the way, not always follow the herds. Secondly, we stumbled upon some very obscure blogs and really random Instagram posts of people who had no real following.  We read about and saw pictures that proclaimed Umluj to be the Maldives of Saudi Arabia! That's a bold statement. But that was enough to convince us that the trip to Umluj would be worth the time and effort to get here. 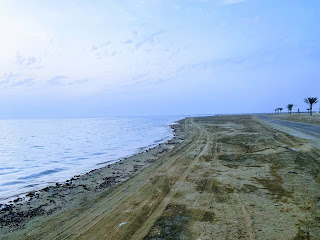 As we arrived in town, we wondered what we were going to do here. As we drove through, we did NOT see any of what was depicted in the blogs or Instagram posts. We didn't see tourists or well-lit establishments. We drove down the coastal road, but we were unimpressed. We saw uninhabited beaches with Jersey shore colored sand and murky waters. We couldn't even find our hotel, which online had fantastic pictures of a room and a notable location close to the water. Our first thoughts were that we had made a mistake. Had we been fooled by internet marketing and fake Instagrams posts and blogs?!

But we finally found our hotel after a few circles around the neighborhood. The Shada Collection Mina Hotel, now called Juman Hotel, is a reflection of Umluj. The facade is unassuming; there are no flashy signs or decorations. The windows are tinted black to keep the heat of the sun out of the lobby. But when you step inside to the cooled air of the clean hotel, you are most welcomed by the casually clothed attendant whose English is immediately challenged by the sight of your foreign face. That's Umluj. It's casual, hospitable, and welcoming despite not having much outward attraction. What's beautiful is what's hidden and longing to be found.

Because of the lack of any kind of foreign tourism (they've got some local tourism), English is still a distant second language to the local people. But here we were, a challenge in the face of what we would later learn to be a place destined to grow into a future tourist haven. 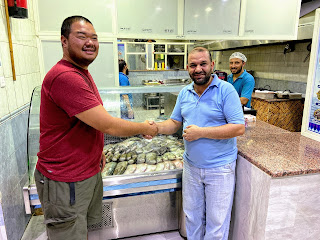 We took dinner on our first of three nights here at a local fish market where, due to language barrier, we had to point at our fish in the beds of ice and like a game of charades had to figure out how they were going to cook it, serve it, and what was included in our order. Let's just say the food was so good we went back on the second night and became friends with the owner, in a non-communicative way. But you could see the joy in his face when he saw us again. We're not easily forgotten in a small town. For sure we were the only tourists in town, and we stood out like a camel on the highway. He was happy that we would visit again so soon when there were certainly other options for us to choose from.

Dinner on this first night made us question what we were going to do about our under-whelming experience thus far. We were expecting to see right away the natural wonders that those few social media posts depicted. But we didn't, and we started to panic. That night, we started our research again and came across a name that repeated a few times in the course of our diligence - Marwan.

Who was this guy? How could we contact him? We didn't have a phone and couldn't communicate with anyone properly enough to find out anything about this man. But from sending WhatsApp messages to random people who previously connected with this Marwan, we were able to get his local number and connect with him through WhatsApp. We sent him a message, and his English was surprisingly fantastic! We immediately arranged to meet with him in our hotel lobby. Marwan arrived within the hour. We chatted for nearly an hour exchanging notions of surprise at our open adventure to Umluj without itinerary and the possibilities of hiring him to show us around. And just like that, our hopes to see the beauty in Umluj were about to come true. But should we trust him? 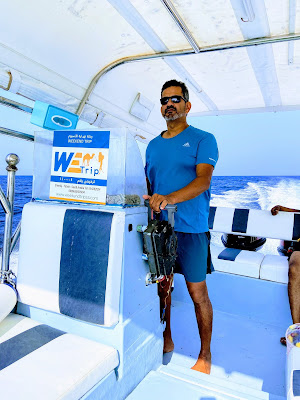 I've written before that the tourism industry is wont with the necessity of trust. Without it, the industry would be non-existent. This situation was no different. And by this time, we've already had great experiences with strangers along the way. Their hospitality is second to none. The safety we've felt in times of trouble wasn't far off from other travel situations we've encountered. So why not? We were here for an adventure. We were here for the experience of a lifetime. We had to give it a go.

The next 2 days around Umluj were exactly what we were looking for. The surrounding area is where all the fun is. The town proper is your home base. You can see that there is plenty of future development being planned in the town. If you drive around, you can see construction being started. If you zoom in on Google Maps, you'll find establishments labeled on many parcels of land, but as you drive by, there's nothing but an empty plot. We learned that this practice was only preparation for what's to come. And there's plenty in store for the future. One telltale sign is that a McDonald's has arrived and opened to the public. I imagine in a couple of years there will be Starbucks or Hilton.

Marwan, his friends, family, and company showed us the experiences to be had in a short time in Umluj. Among them:

Finding a basalt canyon in the middle of the desert...
Hiking to a dormant volcano...
A day on the Red Sea...

Dinner of kabsa with camel meat and games with his family and friend at his seaside campsite... 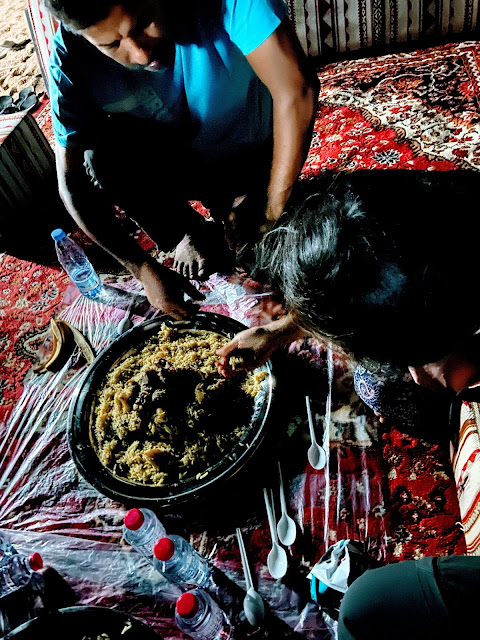 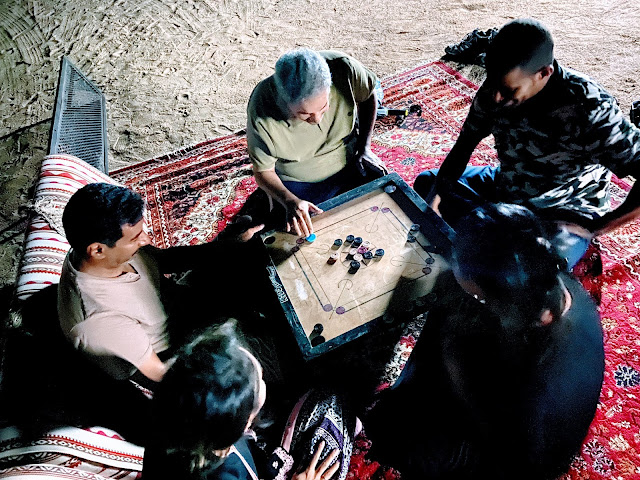 Marwan arranged all of our transportation and activities. His introduced us to his family and friends, and we had a great time seeing the beauty that Umluj and the Tabuk region has to offer.

Umluj is not yet developed. But through Marwan, his family, friends, his company - Weekend Trip, the Red Sea Development Company, and the Red Sea Project there will be a bright future for anyone who's willing to make the journey to get to this area. A few days won't be enough to partake in the experiences to be had here. Umluj is definitely a place I would love to see again in a few years. And it is a place that I hope many more tourists get to experience without heavily disrupting the life of the locals.

We've never been to a place like this in all our years of travel. We've never been somewhere that not many foreigners haven't been before us. In a way, I feel like a pioneer of tourism to this beautiful destination and I hope that sharing this journey with you heightens your interest in not just Umluj, but the Kindome of Saudi Arabia in general. Again, if not for the people, the location could be anywhere in the world but the experience would be different.