Aborted and Diverted, But Safe and Sound

As we approached the airport, we were informed that there was a delay in landing due to the flight ahead of us having difficulty with their landing gear on their landing and being stuck on the runway. So we circled for nearly an hour. Finally, our turn to land came up. The captain descended as if to land, and with seconds left before touching down the captain went full throttle and quickly ascended to the skies as if taking off again. We were informed that the runway was not cleared, so his landing had to be aborted. Scary! This is the 3rd time in my life that this has happened, and it's no better than the first shocking experience.

We seemed to circle the airport again for another 20 minutes thinking we were going to make another attempt at landing, but slowly we seemed to climb into the clouds. It was then that the pilot informed us that he decided that we should divert to Jakarta and forego landing in Bali due to a cargo fire on the runway. I have no idea if this story is even true. Seems like none of the stories can possibly connect.

So we were off to Jakarta only to be contained in a holding gate until 5AM. Though AirAsia provided some snacks and water, it didn't cool the anxiety we all had to be in Bali.

Our next flight was safe and sound, and we are thankfully now enjoying the peace and quiet of our accommodations here in Ubud, Bali, Indonesia in the middle of a rice field in a village away from the city life. Our hosts are wonderful people. The property is amazing. Serenity engulfs our minds. Sounds of the wild invade our ears. And the scenery takes our breath away.

For the next 4 days, we will just be getting massages and eating wonderful Balinese cuisine at a fraction of what you think it should cost. The goal is to detox, destress, and devour. Until next post... 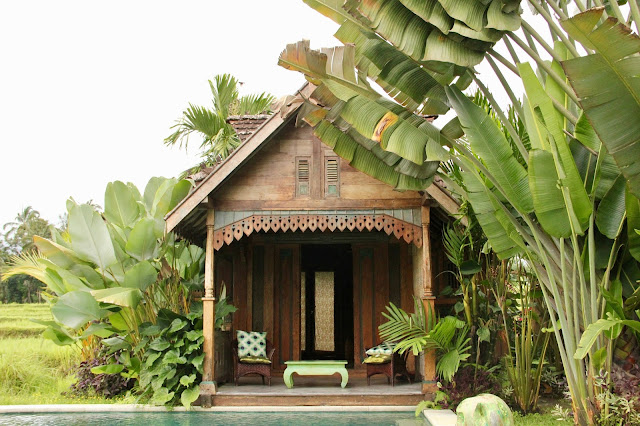 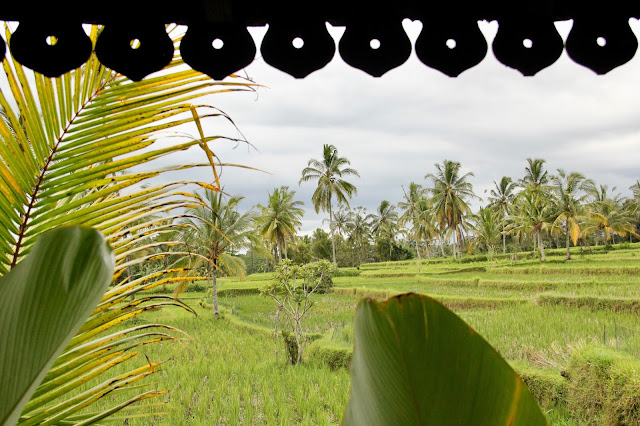 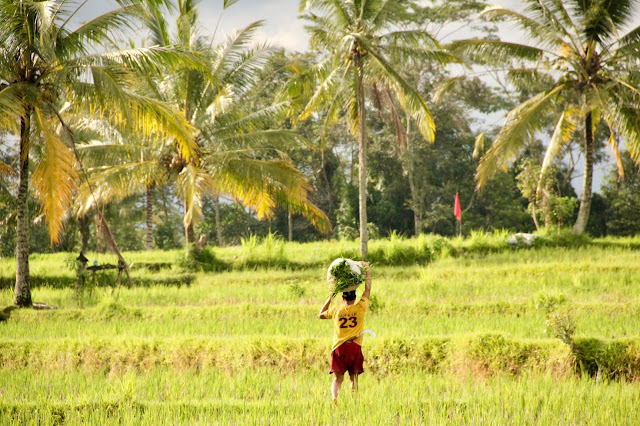 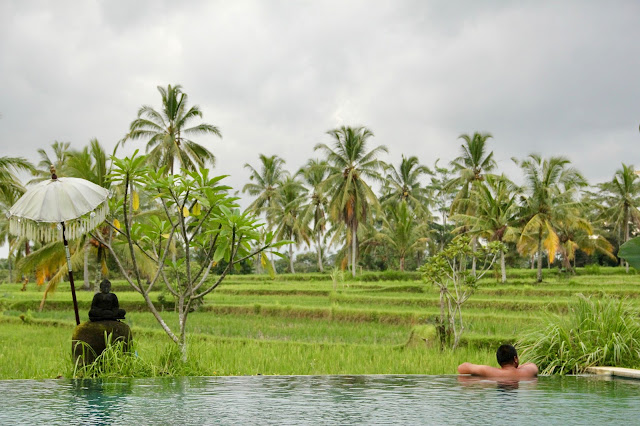 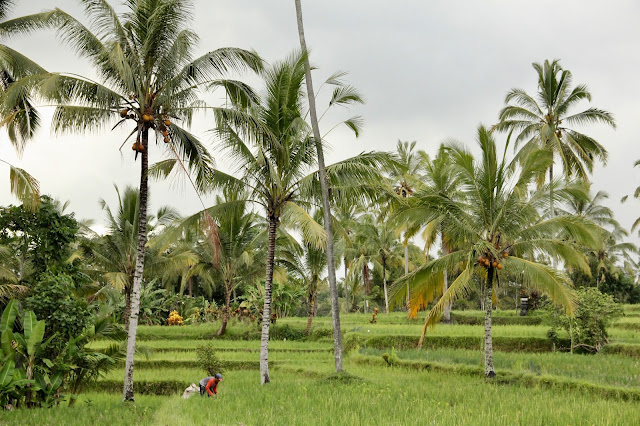