Western Australia: Our Last Stop in this Country / Continent

With limited time on the Western coast of Australia, a number of people we met along the way advised us to get out of Perth and see either the Northern or Southern areas. As Perth is not geographically center of the coastline, we had to pursue the Southern route to Southwest Australia. Going North would have required much more time on the road.

For 2 days we navigated around the Margaret River region. Once you get to Margaret River, everything worth seeing is within a 45 minute drive, so it's easy to see plenty of sites. 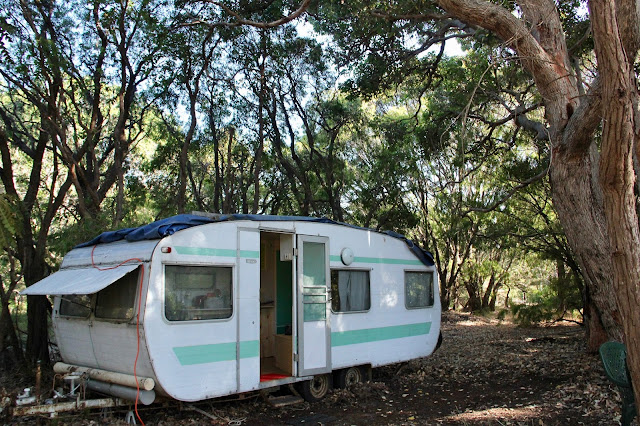 From our camper van digs just outside of the main drag in Margaret River, we started out with a trip to the southern most point around here, Cape Leeuwin and the Leeuwin Lighthouse, where we did a self-guided tour of the grounds.What I enjoyed most was seeing where the Southern Ocean meets the Indian Ocean. If you look carefully, you can literally see the swirl in the water where the 2 meet. (Is it me or were there only 4 oceans that we learned about in elementary school? Atlantic, Pacific, Indian, Arctic? Southern Ocean is new to me.) 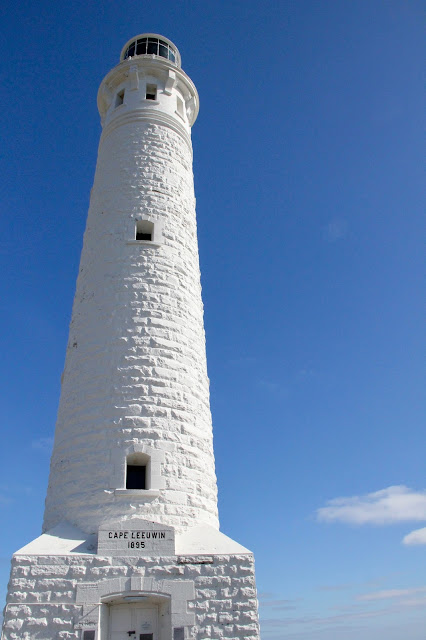 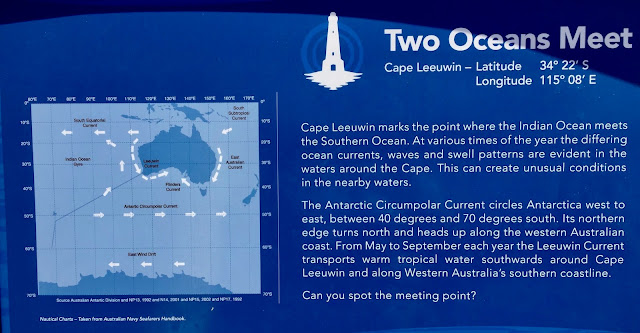 I've been to caves before back home (Luray Caverns) but Mammoth Cave (one of a few in the area) is so much cooler, in my opinion. Remarkably, plenty of fossils have been found in this cave. Most notably, the jaw bone of xxxxxxx is still in tact on one of the cave walls. The various stalagmites (might reach the ceiling) and stalactites (tight to the ceiling) depict the amazing evolution of the cave and passing of time. Some of the formations allow the mind to imagine something fun or disturbing depending on your point of view. I remember as a kid being wowed of the caves in Virginia, and here I am as an adult being amazed again. 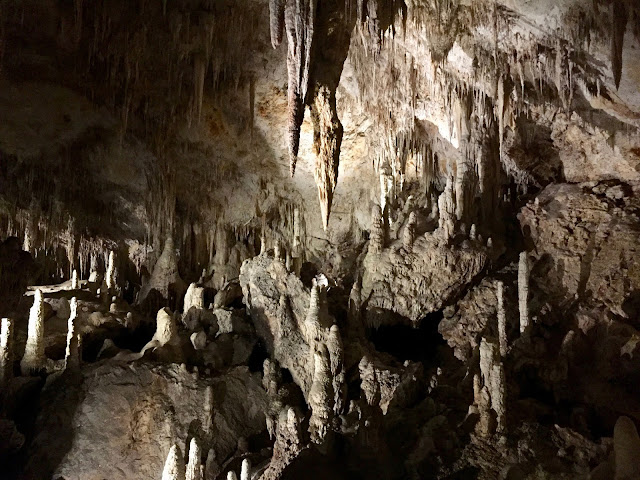 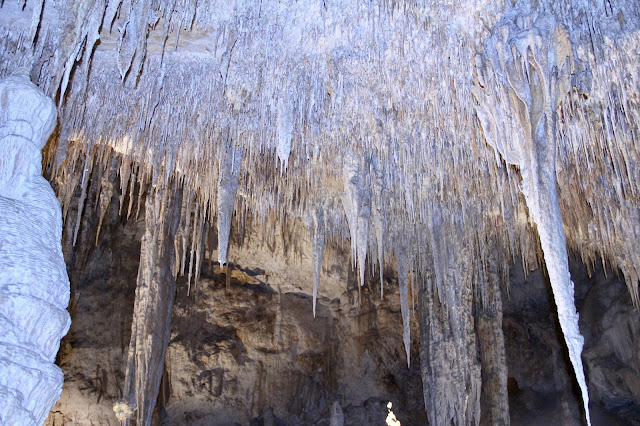 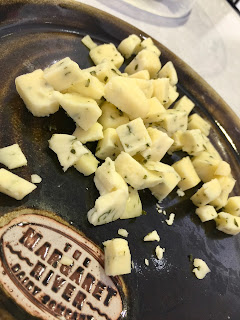 Margaret River generally is well known as a wine lovers paradise with plenty of award winning vineyards. But if you're like us and not so keen for wine, you should know that where there is wine, there is also cheese. And the tastings are FREE. So make sure to stop by the Margaret River Diary Company or the Yallingup Cheese Company for your share of creamy, soft, hard, salty, sweet goodness that is cheese.

If you're looking for more diverse eating objectives, then don't miss the Margaret River Farmers Market on Saturdays. I've not seen a better farmers market in my life. Everything is truly locally grown or made. And the owners and proprietors are each there to sling their goods at reasonable prices. To boot, there's free live music and random tastings as well. The atmosphere created is one that is welcoming and homey, even for a tourist from a far off country visiting a little town. 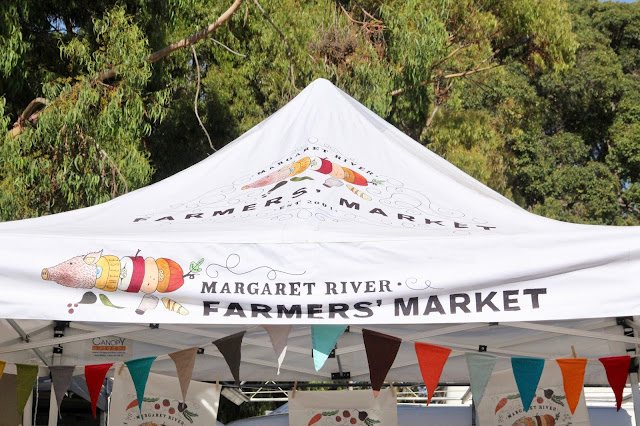 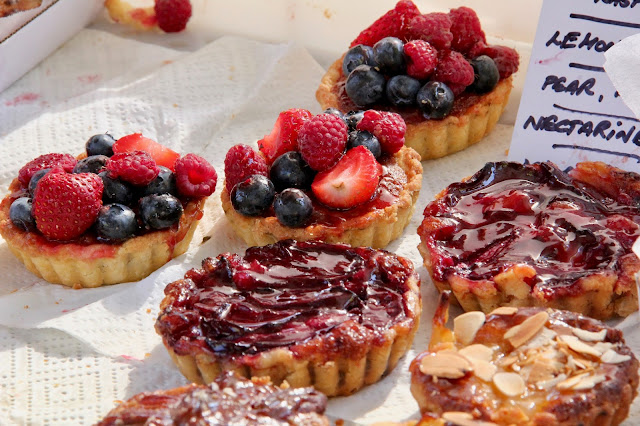 Our last stop in the region before heading back North was the Busselton Jetty and Underwater Observatory. 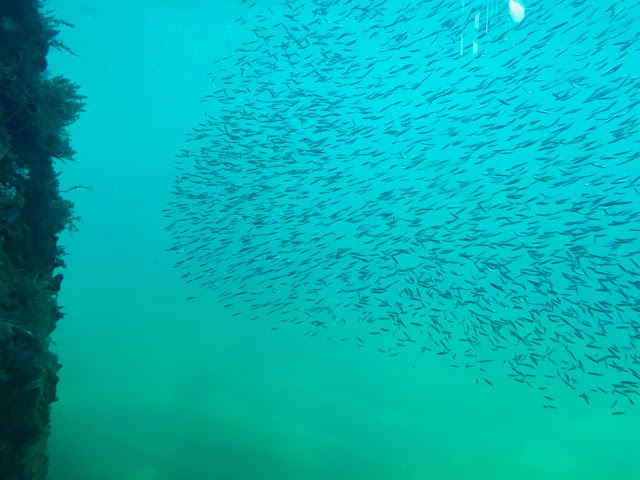 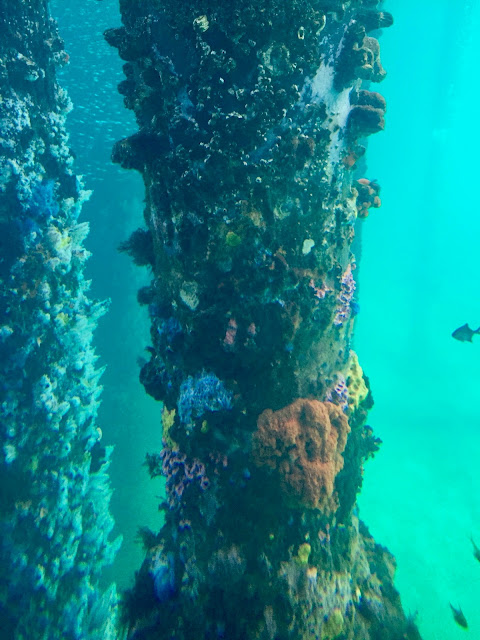 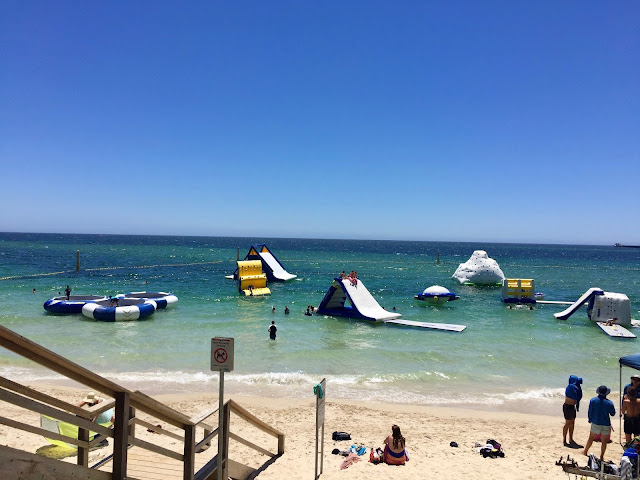 Although not as hot in temperature as the rest of Australia at this time, the beach couldn't have been more crowded. No surprise to us anymore there was plenty of free attractions for families at this oceanside neighborhood. Things like bounce houses and slides in the water or an enclosed area to protect from the marine life, this beach is fun and safe for all. But the main attraction is the Jetty. It is the longest Jetty in the Southern Hemisphere. There's even a tiny passenger train that takes you out to the end of the wooden structure at 1,800+ meters out to sea (Indian Ocean). While at the end, a visit to the Underwater Observatory is hard to turn down. As you descend to the ocean floor, there are various windows at the different depths to show the marine life at each level. It's a beautiful site to see the colors of the coral and fish and their sizes relative to the enormous ocean in which they live.

With only a couple of days left on the West coast, we spent it on an Australian holiday destination, Rottnest Island. This car-free island destination is home to quokkas, numerous marine birds, and vacationers alike. It also has the most untouched, pristine, natural beaches we've visited on this journey thus far. To get around the island it's easy to rent a bicycle and make your way from point to point. Swim, snorkel, or scuba anywhere you feel comfortable and hop back on the bike and choose another swimming hole and enjoy the solitude. Rottnest Island is accessible by fast ferry from Perth and Fremantle so there's a limited number of people on the island at any given time. That gives you plenty of freedom and space if you're trying to escape the hustle and bustle of any city (though Perth, not so stuffy, only has 2 million inhabitants). 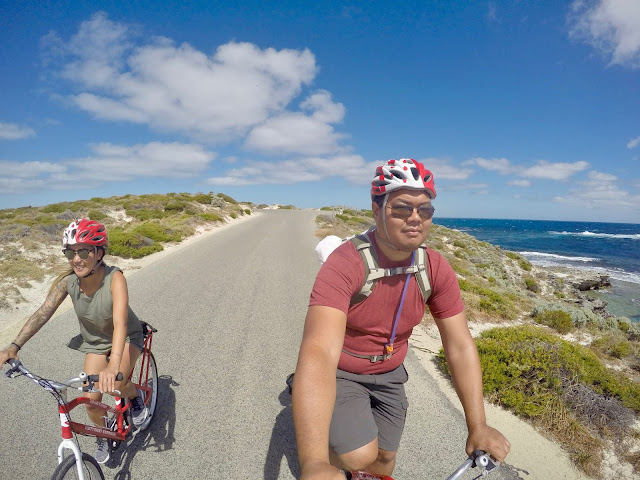 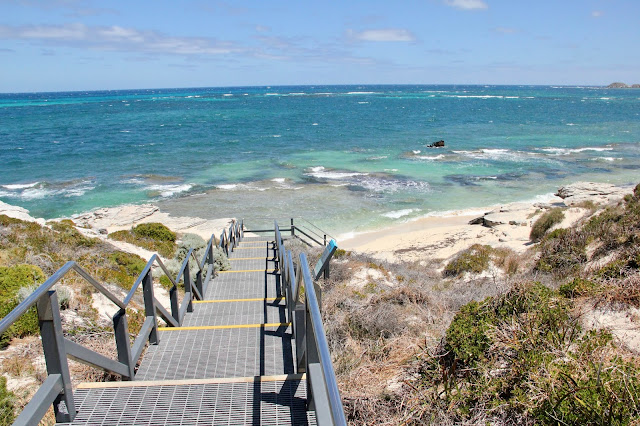 We camped a night on the island just behind a sand dune with beach access using a tent we bought in Brisbane for $45 (60% off the normal price) at Kathmandu. Eating on the beach and going for a morning walk is easy when it's merely steps away. 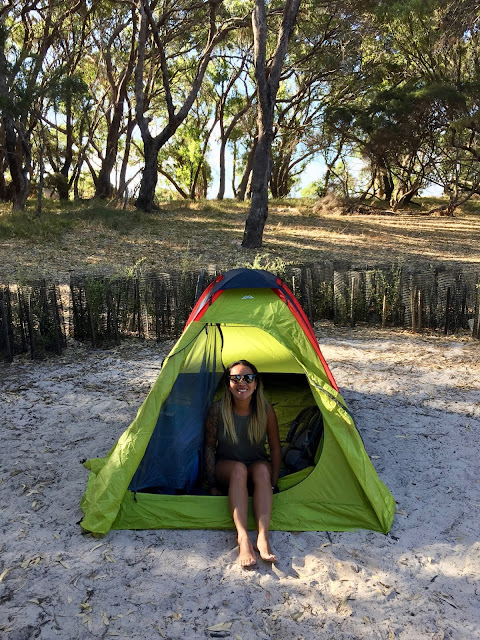 Sadly our time in Australia has come to an end. But that only means our adventure continues in Southeast Asia. Our next stop for rest and relaxation and some in depth cultural experience (stay tuned) is in the town of Ubud on the island of Bali, Indonesia.


Thanks Australia! You have a grip on us and make us want to see more. It's certainly a place to return for more fun, sun, and adventure. There still so much to see and do!

Cheers and g'day mate!
Email ThisBlogThis!Share to TwitterShare to FacebookShare to Pinterest
Labels: AirplanesAreMyTaxis, Australia, Citizen of the World, Travel