2 Flew The Coop And The Nest Is Nearly Empty

Yesterday when my cousin's children left (one to go back to Dallas where she now resides, and the other to his college in Eastern Texas), I got a taste of what it's like to be a parent. 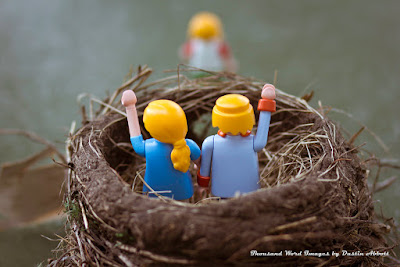 For the better part of the long weekend, we were all together here in Cypress. We went out to eat, caravaning 2-3 cars just to get to the restaurant. We played badminton or threw a football around. We played board games like Jenga and Taboo. We cooked meals together in the kitchen. We shared stories around the dinner table. We were lazily on our phones while sitting on the couch together.

And for the 4-5 days that we were all hanging out, it was a ruckus. People yelling across the house. Random people awake at different times of the day, then dropping off to bed at different points in the night. Kids going in an out of the back door to the yard. Someone coming and going to the store to pickup supplies. It was organized chaos, but it was fun and lively.

Then all of a sudden, on Sunday, it became like the end of a reality tv show like The Jersey Shore or Real World or Road Rules or something like that. All of the other visitors had departed already, and the last 2 kids were getting ready to leave. They packed their bags; picked up supplies from the house pantry; their mom gave them food to take with them. Then one by one, at different times, they would leave, timing their departure in line with the traffic pattern to their final destination.

When the first child left, it was a hug and a kiss for everyone around the room, followed by an exit where everyone would clamor through the front door to give a parting wave goodbye as the kid drove down the street. Then the same exact thing happened when the next child left. It was easily a made for tv movie ending and the credits could roll almost immediately.

The house became quiet. The action had left with the visitors and children. And had my wife and I not been here, it would just be the 3 of the family members left in this big brand new house. When the kids left, they took the fun with them. They took the excitement of their lives out the door, and we became the old adults with the boring repetitive lives again.

I imagined that this is what parents feel like. I felt something when they left. It was weird. They're not my kids, but because we're so close it was like a part of me left too. That's got to be what my cousin and her husband felt like. Two-thirds of their kids were off on their own, so two-thirds of themselves were no longer in this house. It's nearly an empty nest. And it's no wonder why parents get the empty nest syndrome. One can easily feel sad or lonely. Luckily for my cousin and her husband, they still have another 8 year old and have many years left before he flies the coop. 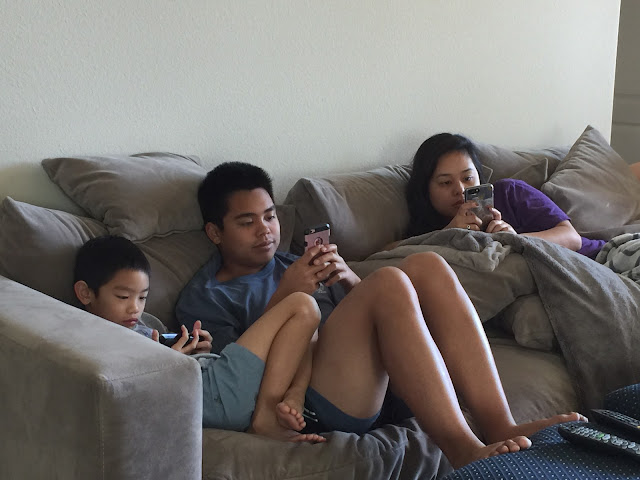