Young Talent of the Theatre

On Saturday evening, our last night in Charleston, my wife and I enjoyed an evening of theatre by attending an adaptation of Harper Lee's To Kill A Mockingbird at the Dock Street Theatre. It was the second to last night for the show's limited run. And it was a full house. 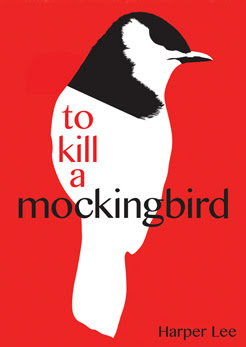 The two-hour story sent me back to my freshman year in high school when the book was required reading for English class. As the play unfolded on stage, I could imagine myself reading the book, 10 pages at a time (the frequency assigned to us).


“You never really understand a person until you consider things from his point of view…until you climb in his skin and walk around in it.” - Atticus Finch

Each line recited aloud on stage was so accurate and spot on. It was as if they were reading the book to the audience. But they weren't. The actors held nothing but their props and composure. Lines practiced and movements blocked and rehearsed for many days and nights created the fictional reality. And it was nearly perfect, save for a moment one of the actors stumbled off the stage as he quickly tried to make an exit.

We all know the feature character is Jean Louise Finch, better known as Scout. She was depicted as the adult narrator, as well as her childhood self. And it was these 2 actors whose memory and ability to act out each and every scene that captivated me, as they should have.

The elder Scout was played by Grace Hamashima whose narrative was delivered clearly with poise, compassion, and charm. Sitting in the front row, you could see every facial expression that she made to convey the adjectives and descriptions of her youthful memories. Without her stage presence, the play would have been a play and not a novel adaptation.

Ella Duffy played the young Jean Louise. And she's who I was most impressed with. At such a young age, she had all her lines memorized to the letter. Her movements were that of a young schoolgirl in Macomb, Alabama. She embodied the spirit of Scout and brought to life the persona of the character I read about 20 years ago. Jean Louise Finch was the inquisitive, unafraid, charismatic daughter of a Southern lawyer during a racially biased 1930s. Ella Duffy played the role marvelously.

Overall, the book-converted play was a success. A standing ovation was deservedly given to the cast and crew at the end of the performance. And my admiration for young talent was further confirmed by Ella Duffy and the Charleston Stage. (440)
Email ThisBlogThis!Share to TwitterShare to FacebookShare to Pinterest
Labels: Books, Reading, Reading is Fundamental, Talent, Theatre