Southern Comfort Without The Alcohol

The South is really well known for their hospitality and kindness. I've always known this. It's portrayed on television, in the movies, on Broadway. You read about it in novels, magazines, and other literature. You even hear it music and as you walk down the street of any city or town South of Washington DC. I now know this for a fact from experience. 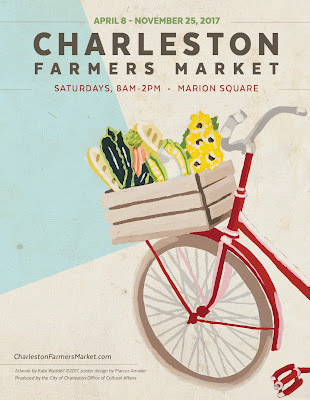 On the one bright, sunny and seasonably warm Saturday we were in Charleston, we made the obligatory stop at the farmer's market in the center of the city at Marion Square. After perusing the various food, small crafts, and boutique stands we decided to get a fresh cup of locally brewed coffee and sit around to people-watch for a while. As a couple of the lawn chairs and table opened up, we hurriedly claimed it. There was only the 2 of us, but it had seating for 4. Less than 5 minutes later, a couple and their teen rolled up and asked if they could share the table. We happily obliged and the father pulled up a 5th chair.

For a couple of minutes, Carolyn and I spoke between ourselves and so did the family in between bites of their breakfast. But shortly after that, Carolyn and I, almost routinely, turned to them and engaged them in a conversation. We had fallen back on our travel habits that had grown on us during our time abroad. At first thought, these people could hate that we interrupted their meal, but on the flip side, they did ask to share our table.

We learned that they were actually transplants, not originally from Charleston. They were travelers and had lived in multiple locations over the past few years, including Germany, Japan, and Portland, OR most recently. The husband was actually from Nepal! We immediately connected on so many levels. It opened up the can of worms that is travel.

For the next hour, we talked, shared, and exchanged stories but failed to swap contact information. It wasn't important. We spoke about trekking to Base Camp, eating Japanese food, their son's love for soccer, moving around, fresh food and farmers' markets, and anything that was tangentially related. The pleasure of talking about travel, experience, and the future was enough to keep our minds occupied. It was refreshing and fun to meet new, like-minded people.

Funny enough, we knew we'd meet friendly Southerners. But to have met such great transplants that are now Southern by residence was a real treat. Maybe all the friendly people move to Charleston or other points South? (431)