For me, the series of feelings don't surface often. I think it partly because I'm normally so logical and partly because I'm not easily bothered; I have patience and quickly determine if issues are worth worrying about. But like everyone else, I have my days. They just come further apart than others. 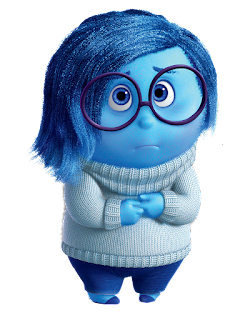 What bum's me out? Usually, it's something out of my control. Sometimes it's something that I have a hard time parting with. Other times, it could be something I can't make a decision about. When I stress about a situation, my spirits are dampened. If I'm disheartened or discouraged by someone or an event, I feel saddened. If I carry too much weight on my shoulders, if I take on too much to do and can't accomplish what I thought could be done, I feel dragged down. When people depend on me, and I can't come through, I feel useless and sorry.

Then frustration starts to set in. When the thoughts in my mind revolve faster and more often than the Earth rotates around the sun, I'm dizzied. When I start at point A in an effort to get to point B, but have to make a U-turn, I feel as if I've wasted time. If I do things over and over, whether in thought or in practice, and expect a different result, I am made insane. 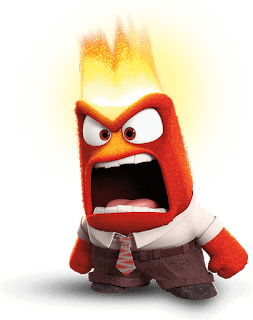 Which leads to anger. I'm mad because I should have come to a conclusion. I could have figured it out on my own. It doesn't make sense, but it should. I hate repetition, but I can't stop. Objects can and will be thrown. Pillows are squeezed as small as if vacuum-sealed in my arms and used to muffle the rage that seeks escape from my body. Sometimes I shake.

But strangely, it's all controlled because it has to be. You have to be disciplined or you risk damage to yourself, objects, and others. The trick is to let it out slowly, like a pressure cooker. Release the tension or else in time, you will explode. And the outcome could be worse.

Tangent:
As I write about this topic, I can't help but think of my parents. The apple does not fall far from the tree. I have my mom's short fuse and my dad's patient logic. I share my dad's frustration and use my mom's edge. I can push buttons like my mom when I have to but most often have my buttons pushed like my dad. I am my parents' son. (476)
Email ThisBlogThis!Share to TwitterShare to FacebookShare to Pinterest
Labels: Anger, Feelings, Frustration, Sadness