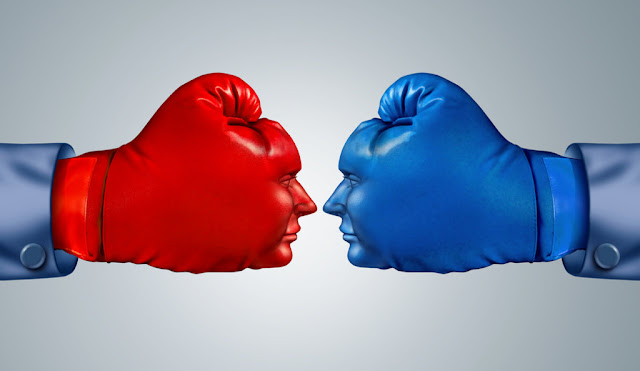 I hate negotiating for anything. It's probably my weakest ability. I despise the back and forth. I hate the bullshit you put each other through. The ordeal is full of lies, deceit, and people who relish the opportunity to take advantage of another person. Wouldn't it be quicker and more honest if everyone just cut all the crap and told it how it really was?

Why? Am I so bad at it, you ask? Yes, I'm actually terrible at the practice. I don't have a poker face. My body language reveals everything that I'm thinking. The discounts I ask for are too little; so I get what I want but a price that the other side is still willing to give. The (few) sales that I've made, I've forfeited on because I was impatient and/or didn't stand my ground. I lose in either scenario.

If greed did not dominate the sinful human race, it would be easier (albeit less competitive) to complete a transaction. That's fine by me. As long as I don't have to haggle, hassle, or sacrifice my honesty to seal the deal then it's all right.

Let's face it though. It's a part of every day life. I have to just deal with it. And I have to try to win some of the time. We negotiate business deals and transactions. We come to terms on where to eat lunch. We agree or disagree on what to watch on tv. We try to come away with a bargain at the flea market. We lowball the used car salesman. We wrangle a few cents at the farmers' markets. Every little bit counts. At least that's what society tells us.

And it's all a game. Who can get the best deal? Who can make the best offer? Who backs down first? Who lies to increase their margins? Who cheats the system to afford more than seemingly possible? And at the end of the day, who wins? (327)
Email ThisBlogThis!Share to TwitterShare to FacebookShare to Pinterest
Labels: Confrontation, Human, Life, Negotiate, Negotiation, Social Norms, Society