Two Wednesdays ago, I was playing basketball, as per my normal Wednesday night ritual these days, and in a competitive game I was defending someone who was posting up. And in the midst of a bump on the back-down, I felt a twinge in my lower left abdominal area. I didn't hear anything, but I definitely felt something sharp.

Two weeks later, I was still in pain. Each day that passed, the intensity of the pain increased. The severity was at a point where the rest of my body was compensating for that one area in an effort to not disturb it. My back began to hurt. My muscles were aching from the poor positions I put myself in to avoid the sharp pains in my side.

The pain I was experiencing was starting to scare me. So I did the worst thing you can possibly do to yourself: self-diagnose. If you're not a doctor or nurse or medical professional, don't try to be one and analyze yourself. You'll only create fear. In my quick research online (webMD / MayoClinic) the possible causes of my pain were plenty. But the one that I zoned in on was having an enlarged spleen. I had narrowed it down to that by reading descriptions of all the possibilities, then shifting / poking / extending / twisting / turning all the potentially affected body parts to see if the reactions fit the characterizations.

Eventually, I had no choice but to go see a doctor. I had been trying to avoid it because I have a high deductible plan through my wife's insurance and I'd rather not pay out of pocket right now while I'm unemployed. Anyway, he listened to my story, felt the affected area, asked me some questions and concluded that I probably have a severe contusion that would take a couple of weeks to heal itself. And the worst case scenario is that I may have a fractured rib along with it. Only an x-ray could show a positive conclusion. That would take 6-8 weeks to heal on its own, and there's nothing that can be done to aid the healing process.

In the meantime, I am to take an anti-inflammatory for up to 10 days to help with the pain caused by the inflammation, and, if I decide to, get an x-ray. Although, that would require spending money out of pocket again. And why spend that money if I know that there's nothing that can be done about it anyway? 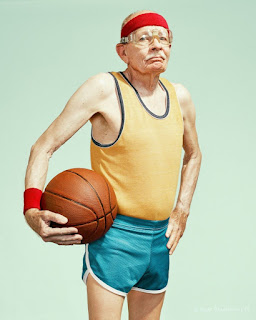 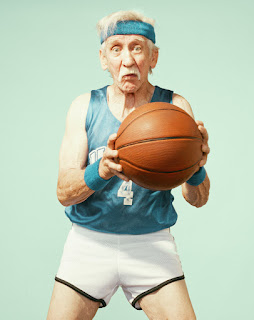 I wrote all of that just to complain that it's hard to grow old. Haha. Our bodies are no longer what they used to be. Smh. You can't just beat yourself up / play hard / go full force and expect your physical health to rebound the way it used to. Our bodies have to be much better maintained with nutrition to match. And in the event of injury, the process is slower and harder than before.

I still thoroughly enjoy competing at sports. I don't want to stop just because I've gotten hurt. I've battled back so many times from random sports related injuries (ie. bruises, jammed fingers, broken finger, fractured wrist, herniated disc, etc.), some that required surgery (shoulder - torn labrum). In many cases I've had to undergo physical therapy. But each and every time when they ask me, "what is your goal?" My response has always been, "to play sports like I used to before the injury." (633)
Email ThisBlogThis!Share to TwitterShare to FacebookShare to Pinterest
Labels: Injury, Medical, Rehab, Sports