How many times have you realized that without some form of technology you would have been lost, at a disadvantage, or unable to complete what you initially set out to do? For me, this happens more often than I'd like to admit. Many people these days can't go for extended periods without their phones. These are our modern day saviors. The pocket-sized electronics have nearly become an appendage to most of us and a lifeline in many senses of the word.

I was reading the news today and I saw this headline:

and I thought to myself, that's genius. They've done this before. It's worked fairly well. It's quick to launch and implement. And most importantly, it solves a problem that otherwise would take weeks or months to resolve. In the wake of the numerous hurricanes (due to climate change) the Caribbean has seen this year, unprecedented damage has been left. It's been nearly 3 weeks and as of yesterday, only 8% of the island has electricity and 83% of cell sites remain out of order. Cell service, I'm sure, is not at the top of their list (although it might be close in this tech age) but at least some kind of solution has been offered up albeit temporary. 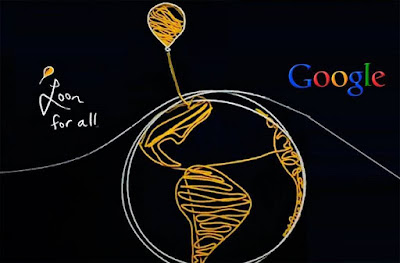 The article also mentioned a separate matter where Elon Musk was providing assistance from Tesla in the form of providing batteries to Puerto Rico. Yet another technology wonder coming to the aid of the devastated island. And in my news feed, I saw this:

That would be revolutionary, I thought. And then in reading the article, I learned that it's been done before. The island of Ta’u in American Samoa uses solar energy powered by a Tesla microgrid. Tesla also built a massive solar farm on the Hawaiian island of Kauai that can account for 20% of the island's peak electricity load. Amazing! And the, unfortunately, clean slate in Puerto Rico really gives an opportunity to see how well this kind of thing would work on a more populated island nation and really in more a first-world situation. It could very well be the testing grounds for scalability. If it works well in Puerto Rico, that could signal changes for any other American city willing to overhaul the infrastructure and clean up the environment. 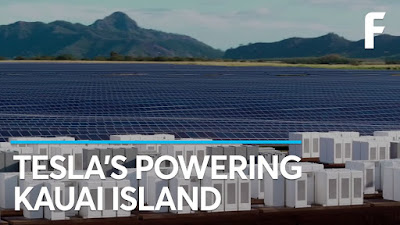 A few days ago, I whimsically came up with my own idea of improving our lives and helping the environment through technology. I jokingly tweeted that the roofs of cars should be solar panels and proceeded to tag as many car companies as possible.

The roofs of electric/hybrid cars should be solar panels to supplement the power to the batteries. Make it happen @GM @Ford @VW @Audi
— Jesse Go (@jessereynesgo) October 4, 2017

Have you ever seen a commuter parking lot on any given day? Here, let me show you: Imagine if all those roofs were solar panels? Cars just sit around all day baking in the sun. Even if you were driving around on a clear sunny day, you could be charging yourself. Think about all the juice you'd be storing just from parking in at the supermarket to do some grocery shopping. The real setbacks are in locations that don't get great sun all year round, but that's where the charging stations come in. And covered parking garages could have charging stations too. But otherwise, what are the downfalls of having a solar panel on the roof of your car? (637)