The World Doesn't Stop For Anyone

It is so strange being out and about during the weekday. Not having a job has really showed me that there is more going on in the world than work. When I was fully employed in corporate America I had this stupid notion that everyone must be working at the same time and few people should be out and about. I mean come on I knew other things were going on. I was just never accepting of that fact. Surely if I was working then everyone else was too, right?

I think as a young adult entering corporate America, you are blinded by the fast pace, the number of people competing, and the grandness of NYC. So naturally you want to move just as fast, feel as important as the next person, and fit in to the hustle and bustle of THE city. 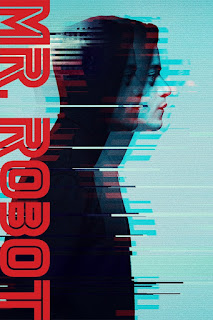 For the longest time, I was a robot. Wake up at 6:30AM. Get ready for work. Catch the 7:15AM bus. Ride the subway. Arrive at the office. And commence your work duties. 12:30PM grab lunch. 7PM try to escape work to get your evening tasks accomplished before the doors close on you for the night. Whether it be grocery shopping, cooking dinner, picking up the dry cleaning, making a Home Depot run, or hitting the gym for the 3rd night this week to let off some steam and stay in shape - it's a nightly challenge to beat the rush hour commute home. And god forbid you have to go to the post office; you'll have to fit that into your lunch hour tomorrow.

What I've learned from travel and from being unemployed is that life goes on. Corporate America is a bubble. NYC lives by its own rules. It breeds a certain kind of person. The city harbors some of the most amazingly intelligent people and is ruthless for anyone who can't hack it. Maybe that's why I love it so much. I feel like I fit in. Or at least I try my hardest to and have had success doing it.

The competition is such a driving force. To be challenged every day and to learn from some of the best and brightest is so appealing. With everything at your fingertips it's no surprise how and why the people who fit in stay forever and climb the ladder with determination and gusto. Frank Sinatra said it first and Jay-Z reiterated in his lyrics that, "if you can make it here, you can make it anywhere." It's true.

But everything else that happens in the world doesn't stop for NYC. They all carry on. Everyone has different schedules to complete different tasks. Sometimes I feel like other peoples' lives are more dynamic than NYers. Outside of NY anyone can instantly change their plans or reroute their direction to accomplish other things. But NYers, once put off track, become easily annoyed with the distraction. Or was that just me? Was I a robot because I chose to be one? Or was forced to be one to keep up? There is so much else going on outside of corporate America that is equally as important, but those that work within the confines of the city lines fail to believe that. Or maybe I should say that the fresher faces of the work force don't yet see it. Because I believe that a good number of the veterans have a better appreciation for what lies outside of the veil of the corporate collective. Maybe it's because they have more time or better work/life balance. Whatever it is, sometimes the realization comes too late.

Once you get a glimpse of the world outside and figure out that you can make it anywhere else, you'll want to get a taste of it as soon as possible. The world is enormous. There's plenty to learn. And there are plenty of people and experiences to teach you. (654)
Email ThisBlogThis!Share to TwitterShare to FacebookShare to Pinterest
Labels: Citizen of the World, Corporate America, Education, FUNemployment, Keep Calm, Learn, Mr. Robot, NYC, Travel, Unemployment, Work, Work Life Balance, World

You should be a writer on Mr. Robot!