Keep Calm And Save A Life

Have you ever saved anyone's life? 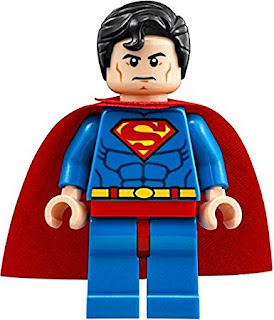 I don't know or understand what it is with life and death situations that makes your instincts so sensitive and your reactions so sharp. When you know something isn't right or there's potential for danger, your senses just perk up and you remain unbelievably alert until the uncomfortable feelings subside.

I like to say I know. And I like to claim that I've saved a few lives in my own lifetime. But there was nothing heroic in the things I did. It was more common sense and reaction. The real heroes are the medical professionals that revive or resuscitate the nearly departed.

Sometimes I wonder. Is it because I grew up in a medical family? Is it because I'm a preventative person by nature and anticipate accidents and try to avoid them like the plague? Could it be because I sometimes play out scenes in my mind and how to assist, resolve, or avoid the dangers? Most likely it's because of all of the above. Much of it has to do with preparation.

I have. At least I like to think that I have. More than once, if you're wondering.

In one scenario it was as simple as screaming "be careful" as loud as I could. It drew the attention of a speeding bicyclist down a hill in the dark of an SUV that was about to make a turn into the street he was flying down. It also helped that the SUV's windows were open which probably made my yelp audible enough for the driver to wait a split second and jam on the brakes. Otherwise, it wouldn't have been a pretty sight. Maybe it was luck that I was walking the dog on a very unusual route that night.

In another case, my cousin was saved from hypothermia. We were on vacation and went for a swim in the cold waters off the coast of Bar Harbor, Maine one late summer. While most of us were fine, she came out of the water and we noticed her lips were turning blue / purple. And almost as immediate as we noticed it, her body went limp and fell to the sand. Both of her parents are doctors. But I suppose when it comes to treating your own family the mind is sometimes paralyzed by the shock that something dangerous is happening to your most loved one. Long story short, my instinct was to pick her up, and rush her to an area where she could be tended to by medical staff. This required carrying her off the sandy beach, up an enormous flight of stairs, and near the park's ranger station. The EMT's did the rest from there. I was fairly young at the time, maybe a teenager? But it was quick thinking without panic that I think really helped the most. 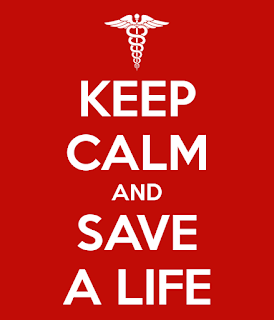 Most recently (2 years ago), my dad lost consciousness while he was sick with flu-like symptoms. Luckily I was there to catch him because otherwise, he would have cracked his head open on the kitchen tile. In that situation, the most important thing to do was lay him down completely so that the blood and oxygen could return to his brain and other organs to prevent severe damage. The paramedics did the rest on their arrival, eventually taking him to the hospital to be monitored.

And a long time ago, also when I was younger, my grandfather suffered from low blood sugar if I recall correctly. He was laying in bed and I remember his face hardening and turning blue. The only thing I could do at the time was call 9-1-1. Indirectly, I saved him.

My brother also had some strange "attack" when he was bouncing on my uncle's knee as a really young kid. He was having so much fun until all of a sudden he just stopped breathing. My uncle panicked. I called my mom at work. She's a nurse. Her panic made her come home immediately, but the emergency personnel made it to our house before she did, so they took care of the issue. So maybe I didn't exactly save his life, but it was that instinct again that made me call for help.

There was one other situation with a work colleague, but that still perplexes me. Our team came together to help him in his distress, but I think he may still not realize it. Hopefully he does one day.

Have you saved a life?

The only advice I can give is to stay calm. Quickly analyze the situation and call for help immediately. If you are not a medical professional, stabilize the person (lay or sit him/her down) and keep them calm as well (if they are conscious) until help arrives.

I may not have directly saved anyone's life, but the simple actions are sometimes the biggest factors. The most dangerous thing is non-action. Don't be paralyzed by fear. (826)