Leadership - It's About Others, Not Just You 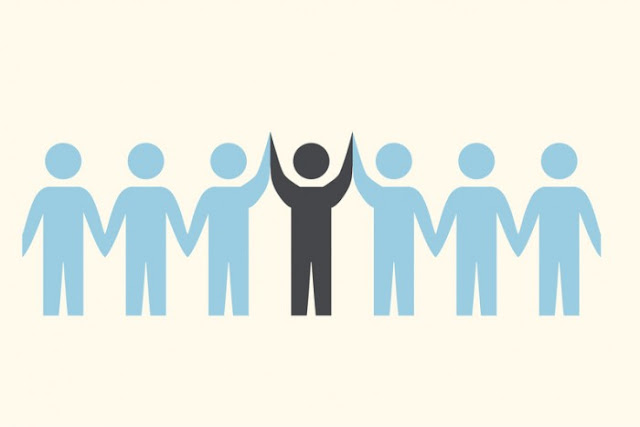 "When you become a leader, success is all about growing others. It's about making the people who work for you smarter, bigger, and bolder. Nothing you do anymore as an individual matters except how you nurture and support your team and help its members increase their self-confidence. Yes, you will get your share of attention from up above - but only inasmuch as your team wins. Put another way: Your success as a leader will come not from what you do but from the reflected glory of your team." - Jack & Suzy Welch - BusinessWeek Magazine


All throughout college, I thought of myself as a leader. I started small with minor roles in student clubs and then eventually worked my way up to leading a national organization for a couple of years. I remained with that organization in the role of a consultant for some time after that thinking that my knowledge could help benefit others. And although it did it wasn't until later that I would learn what true leadership was. I'll tell you what it's not.

Many years ago, sometime after I graduated college, I started reading about leadership and how to succeed in life and in a career. And the quote above by Jack and Suzy Welch is what continued to guide me as I pursued leadership roles going forward. It was first published towards the end of an issue of BusinessWeek, a McGraw Hill company previously (now Bloomberg Businessweek), in a column which the husband and wife team contributed.

Ever since then, I've tried my hardest to make all my teams the best they could possibly be. We would sit and discuss topics. The team would be an open forum to ask questions without fearing a "stupid" one. We drew out scenarios on a whiteboard, created examples of our quandaries, and solved situations together. We reached out to others for help when we needed it. My teams eventually offered support to others, lending a branch of our knowledge if called upon. And the teams became resources in the long run. All of my teams became well-known, trusted, and well-rounded. With the abilities to do anything our jobs required (and sometimes even tasks outside of our scope) my teams have always risen to the top of each department recognized by management and staff alike. We became all-stars together.

I credit Jack and Suzy Welch's column for the successes that I've been allowed since the day I read their words. And I'll continue to lead and manage in this fashion for the remainder of my, hopefully long, career. Leadership - it's about others, not just you.